I’ve always loved old things, especially the cracked, broken, and generally useless junk no one else wants.  Growing up, I spent countless summer days exploring my grandparents’ barn on their farm outside of Binghamton, New York.  Room after room was filled to the ceiling with mysterious daguerreotypes, ornate baby carriages, colorful costume jewelry, yellowed newspapers, and a multitude of antique furniture.  My grandmother would patiently explain how each object had made its way to the farm, but at the age of ten it was just a jumble of names and places with no relevance to my own life.  Thirteen years later, my fiancé and I are moving into our first home and once again I find myself wandering through rooms of old furnishings, but this time I want to know where they came from.  This simple question evolved into a minor obsession until I found myself reading Descendents of Edward Howell 2nd Edition.

At this point, I decided to write this essay in an effort to gain a deeper understanding of my ancestors’ lives through the furniture that resides with my immediate family.  By researching family heirlooms, I was able to trace back four generations (not including my own) to the eight generation of Edward Howell’s descendents.  The following paragraphs are just a few highlights of the many things I learned about the Howell Family from the possessions they left behind.

In my parents attic sits a walnut four poster bed.  Thinking it would be the perfect addition to my new master bedroom, my mother (Carolyn Lawrence Bryan) and I were surprised to discover it was only a twin bed.  My mom admitted that she had not slept in the bed since she was a child.  She told me how every Christmas Eve she and her sister (Elizabeth Lawrence Cooper) would fall asleep in that bed.  When they woke their Grandma Howell (Florence Prish Howell) would fix them burnt toast.  As much as they hated black toast no one was allowed to open their stockings until they ate all of their breakfast.  As  my mother continued explaining, I marveled at the simularities between her experiences and my own.  I too spent every Christmas with my grandmother (Jean Howell Lawrence), but thankfully Grandma Lawrence preferred lightly toasted cinnamon raisin bread, and most importantly we could open our stocking before breakfast.

Over the years I’ve come to value sleep over Christmas stockings, but I haven’t lost my love for old trinkets.  This was clearly demonstrated as my financé and I moved furniture into our future home.  While most new couples struggle to acquire furniture, my fiancé and I are up to our ears in desks, dressers, chairs, trunks. . . . well, you get the idea.  My grandparents had the same problem.  Jean Howell and Nelson Lawrence were not your typical 1949 newlyweds.  They were financially established, both held post-secondary degrees, and they had more furniture than they knew what to do with. Unfortunately, their living room furniture was an uncomfortable formal parlor set fromthe 1890’s.

Shortly after their marriage, they bought a green and red striped pull-out sofa with a matching chair.  Today, it sits in my parent’s basement and it is the default bed for my fiancé when he visits.  It is not the most comfortable couch, but it has lasted the test of time, just like my grandparents’ forty-four year marriage.  Every time I sit on that couch I cannot help but compare the similarities between my grandparents’ circumstances and my own.

For many years, an old woven wicker trunk sat in my sister’s closet.  As I packed things for my new home I decided I wanted to take the trunk, little did I know I was not the first bride to require its services.  In the spring of 1918, Florence Prish, a thirty year old music teacher from Lockport, New York, packed her bridal trousseau in the very same wicker trunk.  On May 17, 1918, she married Samuel Farrand Howell and moved to Parsippany, New Jersey-these were my great-grandparents.  According to my grandmother, they were deeply in love; after all, Samuel Howell was six years her junior!

These great-grandparents intrigued me, so I continued to look for artifacts in hopes of gaining more insight into their lives.  I learned that my great-grandfather sold insurance and real estate when I found his large desk, which also contained my aunt’s Girl Scout lessons and materials.  He was also President of the General Board of Proprietors of the Eastern Division of New Jersey, which dissolved in 1998.  A favorite painting of my great-grandfather’s that hangs on my grandmother’s wall helped me discover his love for hunting.  Even the Hoover cabinet I used to make Christmas cookies as a girl traces back to my gret-grandmother.  I am told her cinnamon rolls were delectable and that she always made bread from recipes in her DAR (Daughters of the American Revolution) cookbook.  It seemed no matter where I turned there were physical reminders of the past.

For most people, the garage is the last place you would expect to find antiques, but if you have not noticed already my family has more antiques than their houses can hold.  That is why all of my old outdoor toys, including kick balls, badminton rackets, swimming goggles and more are stored in cabinets from my great-great-grandfather’s family mercantile store. He (Benjamin Franklin Howell) ran a local ice business, and while I do not know anything about my great-great-grandfather’s personality, I did learn about his wife, Caroline Quinby Howell.

She was a very active person, involved in a variety of societies and historical clubs; my grandmother remembers her as constantly busy with some meeting or another. She had a love for history as demonstrated by the collection of Civil War watercolors hung in her stairwell.  My great-grandmother and grandmother always found them “too violent” for their tastes. Apart from her needlework and a flax wheel, the only possessions we still own are her demitasse cups painted by her sister-in-law Lizzie Blauvelt Howell.

In the end, the hodgepodge of seemingly insignificant objects scattered around my family’s homes became gateways into the personalities of my past.  Along the way, I also discovered some interesting intangible tidbits, such as a family passion for geology. Benjamin Franklin Howell, the son of Benjamin Franlin Howell, and Claire Homan Howell, was a prominent geologist much like his father before him.  Hopefully my sister will follow in their footsteps as she begins her third year as a geology major at Bowling Green State Univeristy.

Above all, my brief glimpse into the Howell family, reinforced the invaluable truth that knowing where you come from is essential to understand where you are going.  Many of the important questions in life have already been addressed by those who came before us.  It would simply be foolish to throw away their experiences when it is difficult to see yourself and your present situation clearly.

Using my great-great-grandmother’s dishes for a dinner party or packing my great-grandmother’s bridal trousseau with my own bridal clothes is a special privilege afforded to few, and the shared experience creates a special bond between the past and the present.  There is no doubt I will cherish these physical reminders of the past–not because of their monetary worth declared at an Antique Road Show–but because of the people they represent.  Wrapped up in these artifacts is a rich inheritance of wisdom and truth that demonstrates how to live a fulfilling life.  I love old junk, because even if it’s broken, or worthless in another’s eyes, to me it represents important lessons to be treasured by all generations. 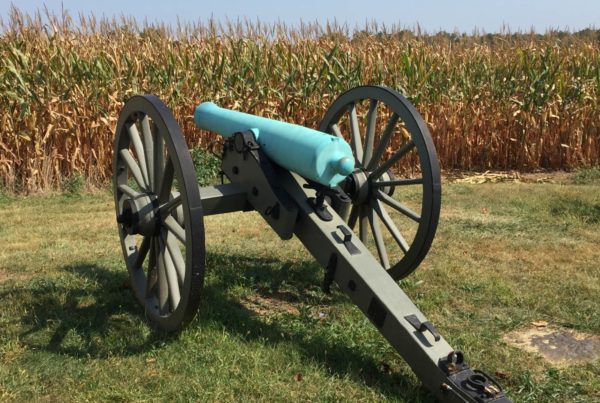